Streams ‘R’​ Us: Distributed Data Processing in the 21st Century

Several years ago, I marveled at the evolution of utility services from water, gas, electricity, to the internet. The managed devices used to deliver the utility service has evolved through the ages. Service providers call it the customer-premise equipment (CPE), such as your set-top box or an internet access router. Over decades, I have created many managed CPEs to enable managed services. Recently, as I became involved in digital health, I’ve come to marvel at the latest and most complex managed device — the human!

Before we examine the latest arrival, a quick look at how the CPEs have evolved, for us to appreciate the progression of devices and associated services.

After we got past the early utilities like water, gas, and electricity came the phone. In the heydays of AT&T, the phone was an integral part of the network. Several lawsuits and regulations later, the phone was de-coupled from the network. That was a significant point of transition on its own. However, the arrival of the smartphone (first by Blackberry and then Apple) caused a step-change in the concept of a managed CPE.

All of a sudden, the device was being managed by several providers and users, from the telecom provider to the phone maker to enterprise IT to the end-user.

The CPE got multiple masters and still slaved well for all of them. We take this for granted today, but this change required solving many security, policy, manageability and usability issues.

Enter the ultimate managed device, the human. All those advances the phones made will be dwarfed when healthcare delivery goes digital.

We will have multiple service providers monitoring our body (or parts thereof) for cure and prevention of diseases — for example, a dietitian from India, a trainer from Russia, doctors and nurses from the country you live in, all supported by ample sprinkling of bots.

We are headed to the place where everyone of us is the CPE, the ultimate managed device.

Many trial offerings and apps perform parts of this care delivery today. A lot more technology, regulatory, and privacy issues need to be resolved to make remote delivery of healthcare a reality for the masses and achieve transformative health outcomes, but we are on our way.

The graphic below shows centuries of progression of utilities and the devices. They have gone from being passive (“we simply consume stuff on tap”) to active (“we inject content back in to the utility” as with phones) to mobile (phones, cars, droids, drones) to live humans.

In the world of IoT, discussions center around managing fleets of vehicles, trucks, and robots or coordinating drones and droids using the cloud. We talk about cars and planes as data centers in motion. In 8 years, world population will be over 8 billion.

Can you imagine 8 billion humans, each generating more data than an airplane 24 hours a day, each processing that data through wearables and cloud, each being a datacenter on two feet?

The impact from the ultimate managed device is mind-boggling to me. What will that do to healthcare around the world and consequently human productivity?

IoT Killer App is NOT the Clichéd Predictive Maintenance 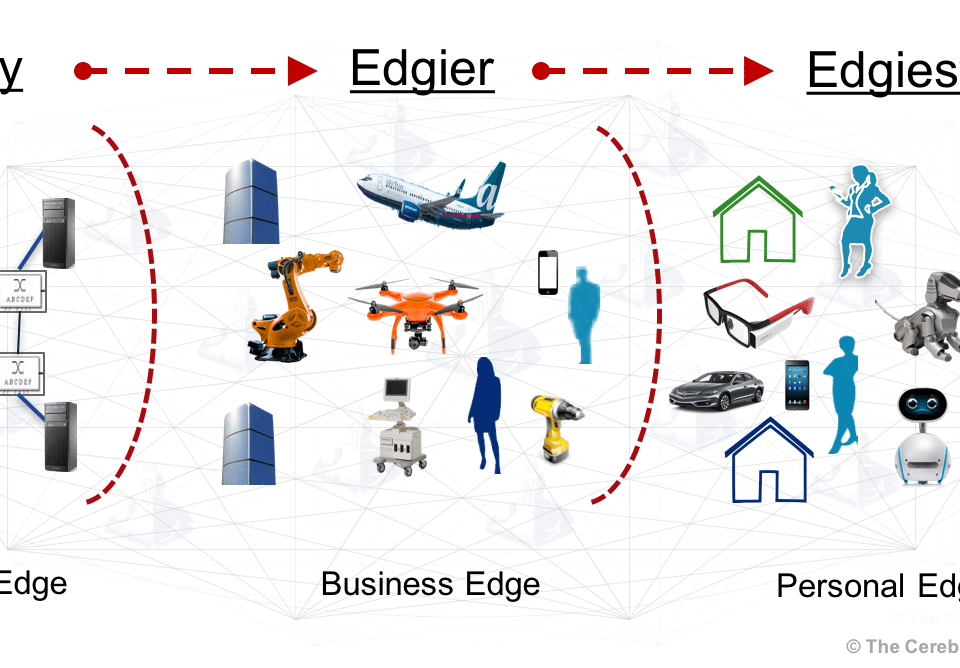